Updating the WordPress CMS is a continuous task, and as a part of our WordPress Website Maintenance service, always after updating, we make sure that your plugins, custom code and site add-ons are compatible with the newest WordPress before releasing it. 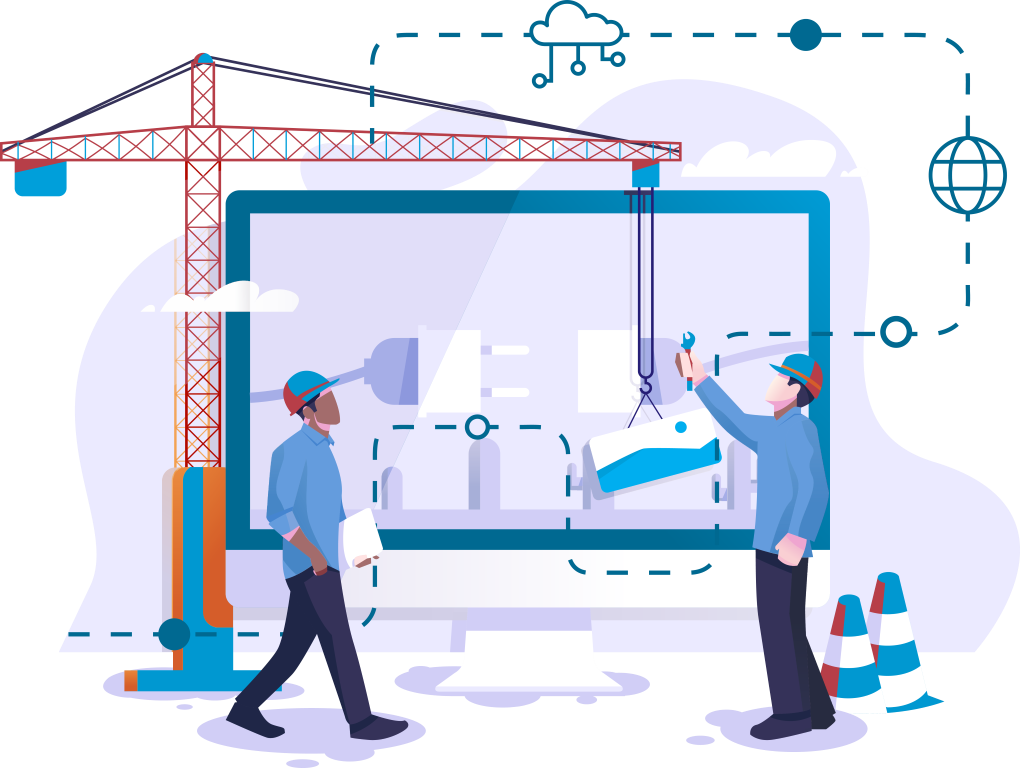 Most of the functionality on WordPress get achieved through various WordPress plugins, and the WordPress engine slows down when plugins are outdated or when themes are outdated or not compatible with the latest WordPress version. Not only that, these create many loopholes for hackers to get into the system, and they can redirect your traffic to their websites and steal your or your client’s data. Below we will explain what is the wordpress maintenance service and why you will benefit from wordpress website maintenance services.

If we go 2 decades back, websites were as simple as a presentation, make them and forget about them. Back in days, websites were usually built with Flash, HTML and CSS , web developer was usually taking care of updates and content which was not a constant thing since the content was not changing and growing not even close as fast as today; at that time, even though the CMS systems existed, people were not interested nor knowledgable enough to change and update content themselves. In the very beginning, WordPress was not launched as a CMS; initially, it was a blogging platform, so there was no need for WordPress maintenance and similar tasks to worry about. Plugins were scarce, as were the malicious attacks on the sites. But look at the WordPress now after 15 and more years out in the open on wild internet, when a whole bunch of stuff gets posted on WordPress sites, and the internet is available everywhere, how easy it became to input the content on wordpress websites.

However, even though it is now easy for an average user to log in and update their content, the websites have become a complicated machine at the backend. If you use them well, you can take your business to new heights by getting new leads and new customers every day. But one mistake and your sites are down with one of those dreaded codes, 400, 403, 408, 500, 502, 503 or others (see image), and you are all over Google to find the right way to fix it instead of communicating with your clients and finish that long-overdue project. These issues get us back to what we said earlier, and that the websites created today are complex to manage. Less work is required to build and set-up website, but more work is required to maintain the websites, and as of lately significant percentage of the websites on the internet use WordPress CMS which fall in this category.

Developers team at Ofion provides our clients with WordPress sites development especially having in mind future WordPress websites maintenance and backup. Simple, if you want your website to be secured, with WordPress updated, with plugins updated and regularly backed up, we recommend you get your site developed by our team or hire us to do WordPress website maintenance services for you. Why should you choose our Service? Here are a few reasons why this service is important.

When you run an online business or a small company, every single client is important and counts. For all the reasons we have already explained, engaging Ofion to assist you with WordPress website maintenance will be a good ROI for your company and you will gain more time to concentrate on your core business. 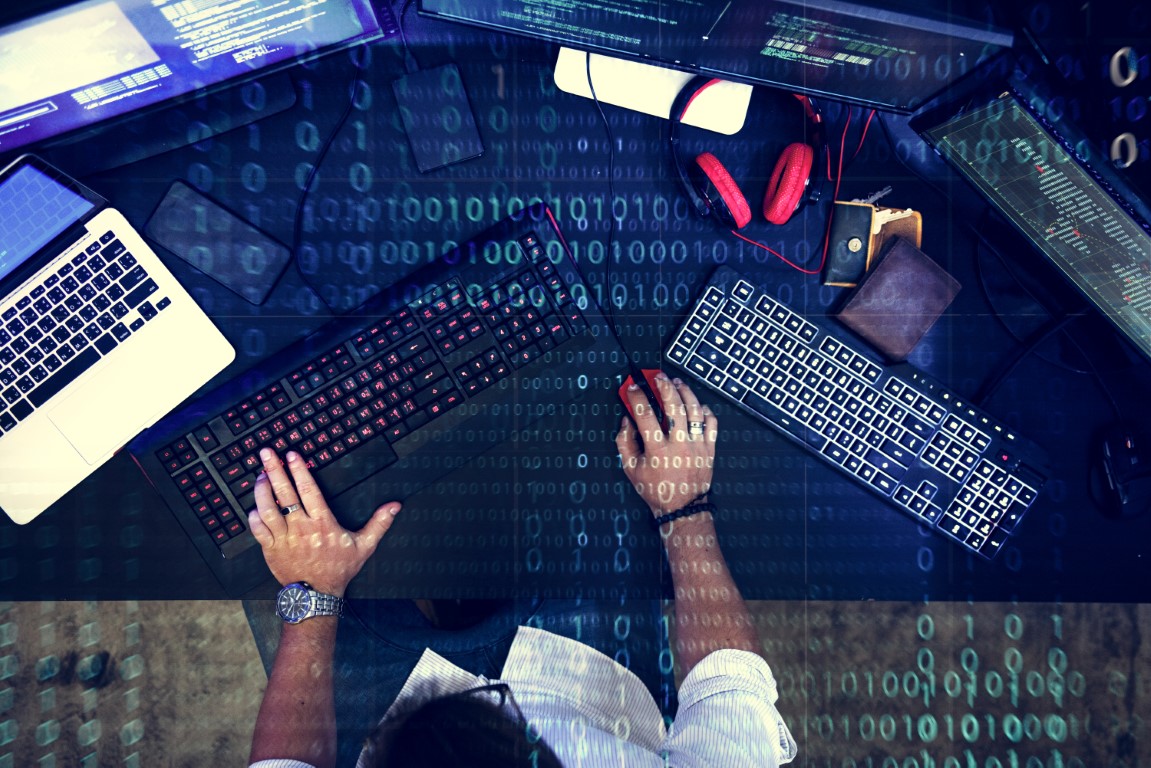 Why Do You Need WordPress Maintenance Service?

Most of the functionality on WordPress get achieved through various WordPress plugins, and the WordPress engine slows down when plugins are outdated or when themes are outdated or not compatible with the latest WordPress version. Not only that, these create many loopholes for hackers to get into the system, and they can redirect your traffic to their websites and steal your or your client’s data.
As a business owner, losing customers is the worst nightmare; many of the big online businesses are tumbled down because of simple negligence of maintaining their website. Not to mention downtime in the internet era, especially if you run a service or an e-commerce site. Yes, it is easy to install a bunch of plugins and do the updates with one click, but some of the plugins carry a backdoor and unclean code, and sometimes a simple update can break your site. We hope that now you realise why would you need the WordPress maintenance service.

What is WordPress Maintenance Service?

As discussed above that the WordPress engine gets slow by time is themes and plugins are outdated, code files get stuffed with rubbish code that can cause multiple troubles to your website. Below are the main steps we take when we are maintaining and securing WordPress websites.

WordPress releases new updates periodically, and they recommend using it for having better user experience and for patching and securing WordPress websites. Maintaining your website is not a single-step process that you need to do once. Updating the WordPress CMS is a continuous task, and always after updating, we make sure that your plugins, custom code and site add-ons are compatible with the newest WordPress version as another job. Our work is to go through all of the add-ons and plugins to update them properly and make sure that plugins don’t clash with your theme or other plugins so that everything goes well and that your site has no functionality or design issues.

Being online on the internet, you never know when you’re under attack, you as a busy business owner cannot do all the stuff of monitoring and securing your website yourself. You can choose Ofion WordPress website maintenance services to be your assistant at this to help you because this is going to protect your site from hackers as well as stops viruses from stealing your website’s sensitive information.

The continuous monitoring of your website’s server performance is called uptime monitoring. When paying a good amount of money for your server, you must check it out if it’s a reliable one. You can have Ofion web hosting services, but if you already have a 3rd party, it’s not a problem, we are going to revise services you currently have and advise you on the steps needed. The main drawback of servers sometimes is, they get slowed when your website gets massive traffic, and there is no time defined when your website is stable again. If you don’t know there is an issue you cannot react and solve it. Hence we offer uptime monitoring services, to give you report on your site downtimes and if problems, the soon you can address the issue the soon your clients are going to be back on your site.

Backups are crucial when your system is going under many changes, and backup is a clone of your website that you can restore any time you want in case your latest changes backfire, its one of the best ways of securing WordPress websites. We do a scheduled backup of everything related to your website and also save them encrypted in the cloud or at other storages than your central website server.
In that case, if anytime your website goes down or the data is lost, you can use the saved data to prevent your website from getting down. For example, you accidentally lost data of one previous week; you can recover your website for that specific data as well.

Spam and especially the spam comments leave worst experience on your website for the readers. Nowadays, when everything is getting new ways to be done, spamming is done through automated bots that leave irrelevant comments and links on your pages and websites are always open to spam in the online world.
On the other hand, revisions are the files that WordPress saves when you make changes in your existing posts. Everyone does updates to previous posts to make them up to date for readers, when you make changes then new version, as well as the old version without new changes, are saved in the revision files.

We Are There For You

As you can see many things need to be done for proper WordPress website maintenance, as a busy business owner it’s crucial you get a dedicated team or Service to take care of all of that for you. Our company can assist you in this case.
While doing WordPress website maintenance, we carefully go through everything for your peace of mind so that you can focus on other core aspects of your business. We keep the website or websites running all the time by supporting it by securing WordPress websites and fix any issues quickly within the agreed time whenever you might need it, whatever the issue it might be. 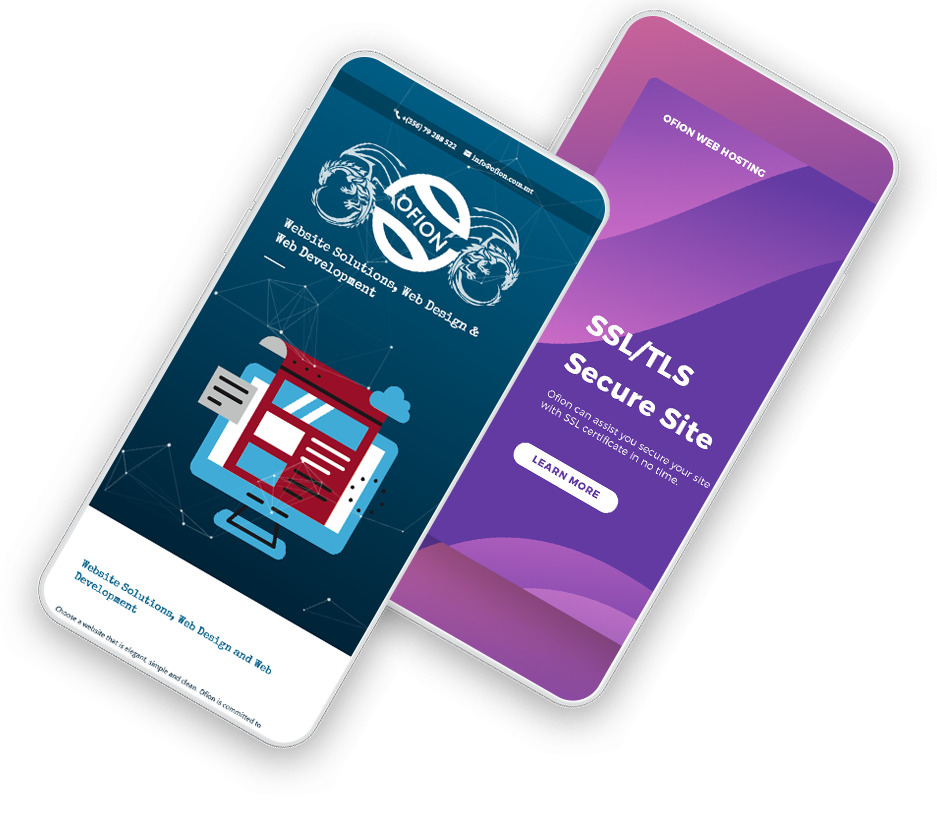 Ofion is one stop shop for your domain needs. Register your domain may it be .com, .net or local such as .com.mt or .mt. Amazing deals on Domains Registration, Hosting, SSLs & more to inspire your Business or your new website. Trusted Domain, Hosting and SSL provider. Quick installation of SSL.

Website and DNS hosting services worthy of your trust. Control and manage all aspects of your DNS and website information directly from a central control panel. Contact us for quick installation.

A business website, personal website or portfolio is your 24-hour online presence in the world. Your website must properly represent your brand or image, provide the information your clients seek and encourage them to contact you or make a purchase. We are here to offer you the right solution. Get your website!

What We Do Best

See what we can do for you
 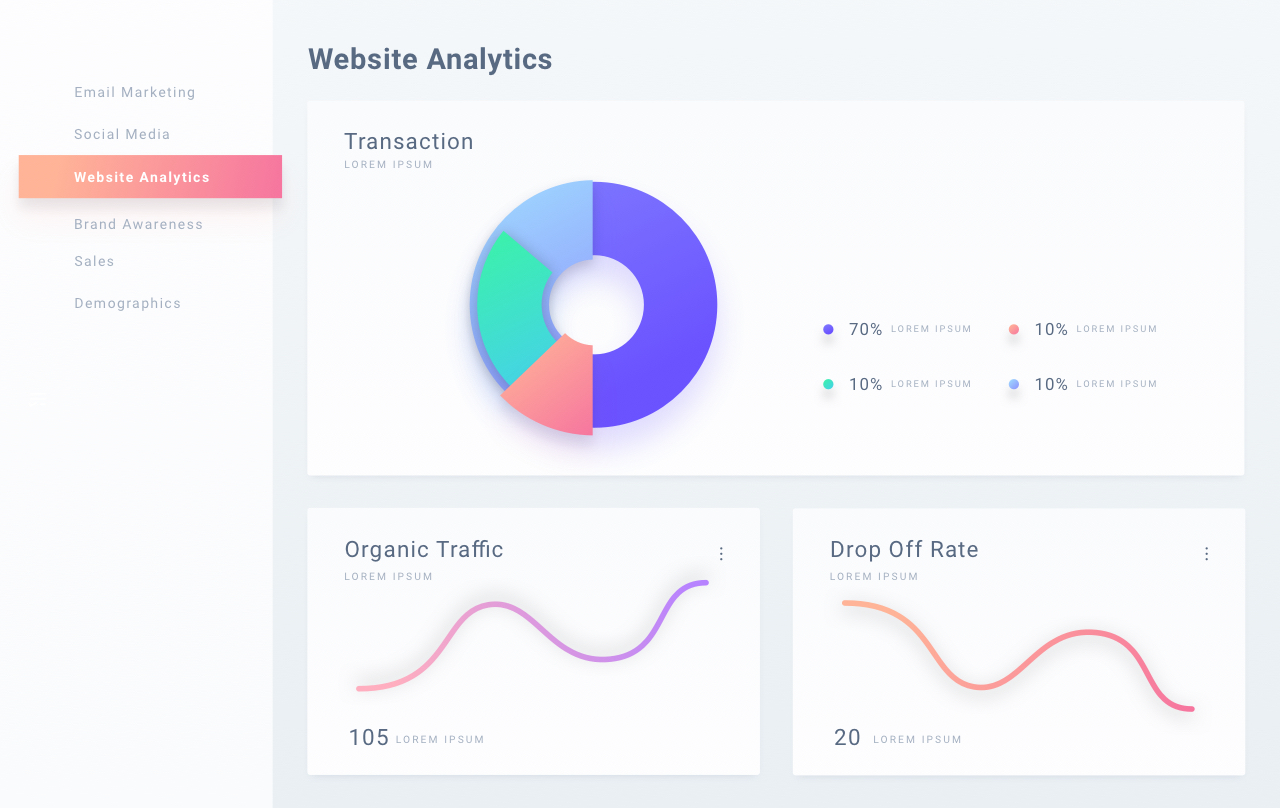 Get peace of mind, hire us to do WordPress Website Maintenance for you. 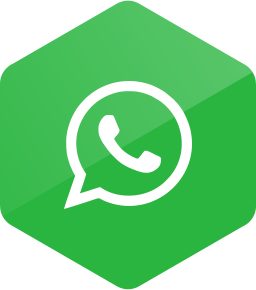 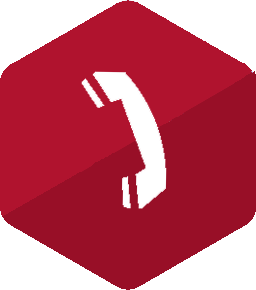 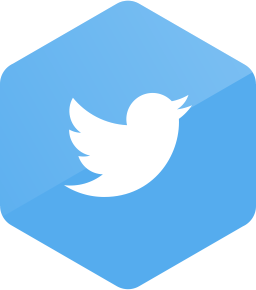 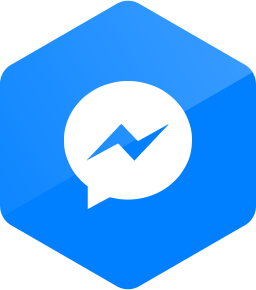 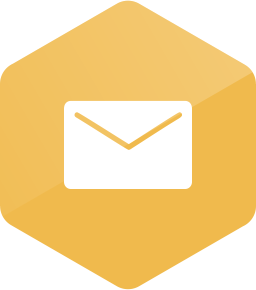 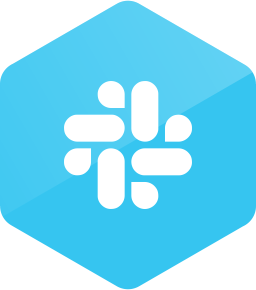 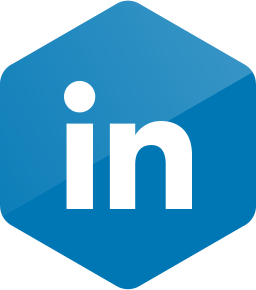 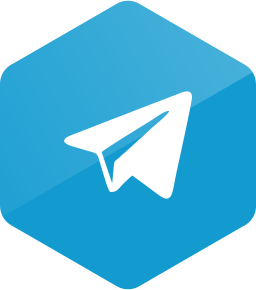 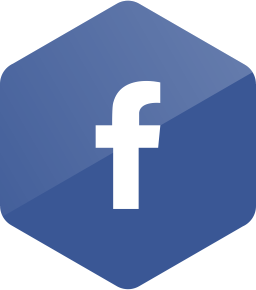